Back to the Gardens

The scenery behind the average Potts & Pans gig is the inside of a building. Often we get nice and well prepared decorations 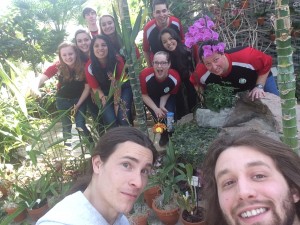 to showcase a tropical theme, and sometimes we play outside near a waterfront, or among some large trees. Altogether, the beautiful scenery provided by the Nicholas Conservatory & Gardens is a very well received break from the norm. Potts & Pans has played here many times before. This was actually the site of my first Vibes & Pan duo performance with Matt many years ago. Since then we’ve gone back for more duets and plenty of solo performances as well. Around New Years, I got a call from Joy, and she told me about an awesome event they were planning, the “Winter Warm Up.” So, we tossed ideas around for a few days, and eventually decided that a mix between a few of our options throughout the event would be best. So, on February 22nd, Potts & Pans loaded up and headed off to Rockford.

The large attraction for this performance was the Potts & Pans Community Band, giving their first performance of the semester. You may remember this group last semester at their Toys for Tots Benefit Concert, but whether you’ve seen them or not, you don’t want to miss their next performance at the Great Lakes Steelpan Festival. Tickets for this are are already available! With most of our community band shows, we load up The Lady and take everybody to the performance. This time, we ran into a unique hurdle, which Potts & Pans was ready to conquer, when our group had grown so large we could not fit the entire band and all of the instruments in the bus! Fortunately, Lolita (have you seen our van? She went to Florida with us!) was waiting in the wings and filled up with the remaining equipment and personnel that didn’t fit into The Lady. 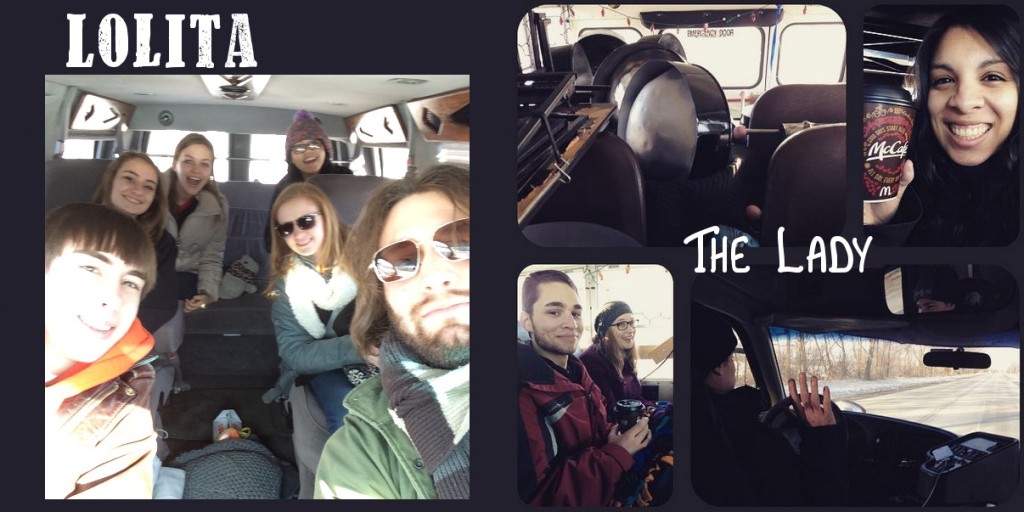 Once we arrived, those visiting the gardens for the first time were thrilled with its beauty. Those of us who had been there before were still impressed, and pleased to be reunited with some old friends. The band set up in the opening foyer, and was joined with crafts, smoothies, and hula dancers. The crowds began to flow in, and our music began to ring out. 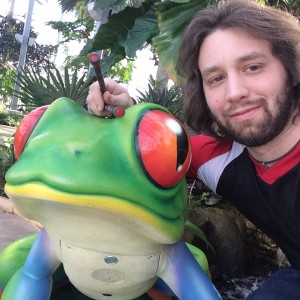 All the guests were trilled with the sound, which resonated throughout the room. It was awesome to see the smiles creep onto everyone’s faces as we started another tune. The community band rocked the house with their numbers, leaving myself and the other directors tickled pink with their performance.

Giving the community band members a few breaks, THE Potts & Pans Trio (Matt Potts, Christina Guerrero, and myself) filled in a few sets with our normal repertoire. We had no vibes for this one, which, to my disappointment was probably for the best. At the gig before my pedal assembly broke, which I fixed, but then a few bars went out of tune! Turns out they were cracked and are getting replaced now

This, I understand, was the problem with the thin bar Jencos, but makes me even more excited for the Vanderplas I have on the way! Regardless of instrumentation, the three of us were rockin’. 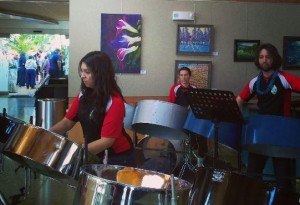 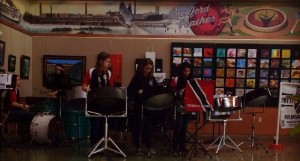 I was thrilled to have the chance to play some seconds without disruption, as the night before brought about quite the adventure, and even played some tenor bass for my favorite, Sugar Bum Bum. Best of all, we welcomed up a few of the Community Band members who had been playing for awhile to fill in on a few tunes. Although #CammieFreaksOut, she still had a great time filling in bass lines on the 6 bass, and began to freak out with excitement after getting a glimpse at what our careers are like. “You guys just play music and make people smile, this is the best job ever!” — Cammie 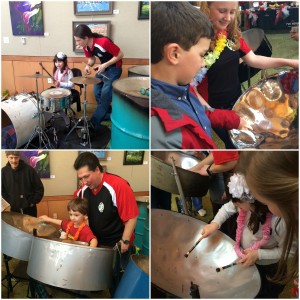 Then, giving us a few breaks, we welcomed up audience members to learn and play Soca Evelyn. The audience was a little anxious the first time we opened the floor to them, but by the end of the day, everyone was looking for an open pan to play. People flocked to every voice of the ensemble, even the engine room, and got to play along with the community group on this Kitchener tune. Us directors were able to take a bit of a step back as the community band members jumped right in on the teaching.  The audience and the Conservatory loved us so much they had us stay for an extra hour! 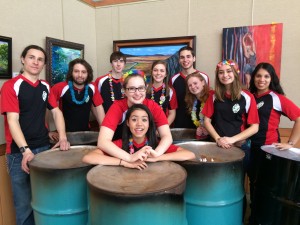 All in all, this was an excellent way to close our Illinois time for February (The rest of the month was Florida to Wisconsin!). The show was full of excitement, and although the community band members were pretty tired by the end of it, they all had a great time. We hope to see you at the next one, the Great Lakes Steelpan Festival on April 11th in Crystal Lake, where our group will be joined by other bands from the Midwest for a full day of steelpan!